Three rascals made their presence known on this planet in 1947 on the same day as David Bowie and to this day are still waiting for the birthday invitation.

Born in Kent, swiftly transported to South East London and raised by an academic father and dressmaker mother who called him Nicholas. They played him jazz and gospel records on a 78rpm wind up record player. They gave him paper and pencils and told him ‘Art isn’t just short for Arthur’. After spells in Somerset, the Midlands and Brighton, training as a painter and printmaker and working in bakeries, bars and building sites he returned to London and remembered his mothers words… and became an Artist not an Arthur.

Born in Little Italy, city unknown. His father was a trumpet player with a wayward streak and mother a singer with extraordinary style. They gave him a life of travel, suitcases and spine melting music. He also acquired some paints and a camera from a friendly night porter in New Orleans. His real name was Elmo but he called himself Johnny and took the surname of the night porter. After cutting his engine speed he bumped into Nick in the doorway of a coffee shop and discovered that he too was an Artist unrelated to Arthur.

Born under a bad sign in a hotel in Brighton, his early life in an English boarding school was colourful. His father was a travelling salesman and his mother a very beautiful, albeit disowned, heiress. After the divorce she opened a record store in downtown New York. She called him Vinnie and took him with her. He discovered motorbikes and warrior women at an early age and later, having scored a billion dollars, headed for London. In the blues section of a Soho record store he jumped Nick and Vinnie having heard the phrase ‘Art isn’t just short for Arthur’.

Three in one or one in three. 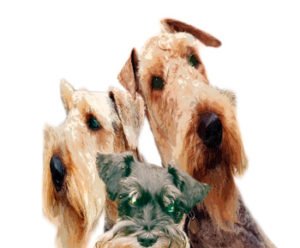